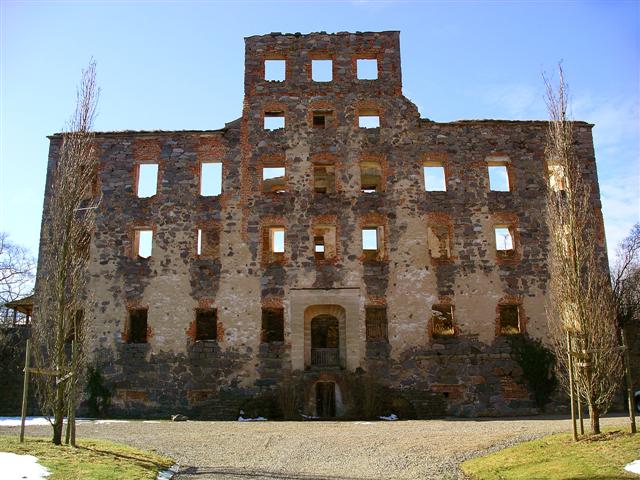 Location: Ostergotland, Sweden.
Built: 1662.
Condition: Ruin.
Ownership / Access: --
Notes: Stjarnorp Castle (old spelling: Stiernorp or Stiernarp) is situated north of lake Roxen just north of Linkoping, in the southern province of Ostergotland, Sweden. It was built by the Douglas Family, with a view over Lake Roxen. All the Stjarnorp buildings were destroyed during a fire on May 12, 1789, but the chapel was restored in the same year. Although the wings were built up again within a few years after the fire, the funds were lacking for the repair of the main building, which is still in ruins. When Stjarnorp parish was formed in 1810, the castle chapel became the parish church chapel.