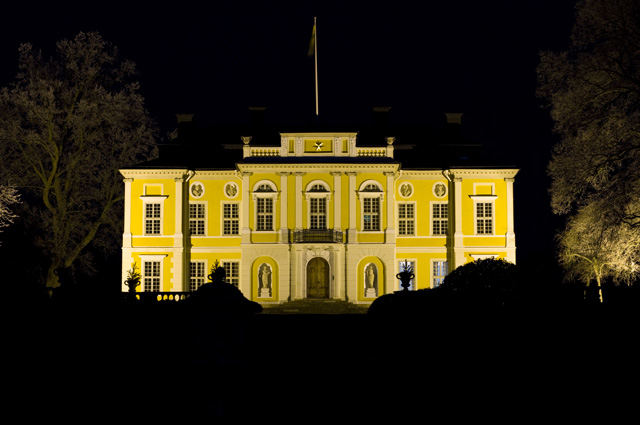 Location: Stockholm, Sweden.
Built: 1694-1698.
Condition: Intact.
Ownership / Access: Steninge Palace Cultural Centre.
Opening Times: Check their website for more info.
Price of Admission: Check their website for more info.
Notes: Steninge Palace (also known as Steninge Manor) is a Baroque palace overlooking Lake Malaren near Marsta outside of Stockholm, Sweden. Built 1694-1698 to the design of architect Nicodemus Tessin the Younger, the palace is directly inspired by Chateau de Vaux-le-Vicomte in France, and has a reputation in Sweden as one of the most elegant examples of Baroque mansions. Steninge Palace was completed in 1705. The estate has a history dating back to the 13th century and has seen many owners, but two families have strongly influenced the premises: those of Carl Gyllenstierna (1649-1735) and Axel von Fersen. Today the palace is privately owned by a company which keeps it accessible for visitors: Steninge Palace Cultural Centre. In the end of 1200 the first known settlement was established at Steninge. In 1667 Carl Gyllenstierna inherits the Steninge Estate. 1680-81 the well known Swedish architect Nicodemus Tessin was commissioned to design the palace and the two wings. In 1705 Steninge Palace was completed. In 1706 Carl Gyllenstierna marries and gives Steninge Palace as a wedding gift to his bride, Anna Soop. In 1735 the Fersen family buys Steninge. In 1747 Steninge was made a trust. In 1810 Axel von Fersen was murdered. A monument of Fersen was erected at Steninge in 1813. In 1873 Baron von Otter buys Steninge and a stone barn was built west of the palace. In 1970 G.B.A. Holm buys Steninge and employs the architect I.G. Clason to carry out a restoration work. In 1923 Mrs Hanna Lindmark buys Steninge Palace. In 1932 Steninge Palace is bought by Wolfgang Thomas, son of the US ambassador in Sweden. In 1969 Steninge Palace is declared a listed building. In 1976 a family with the common name Andersson bought Steninge. In 1979 the large stone barn is declared a listed building. In 1997 Linn and Atle Brynestad (CG Holding) buys Steninge. In 1999 the Steninge Palace Cultural centre opens. In 2009 Steninge Palace and the stone barn are bought by Gelba fastigheter.