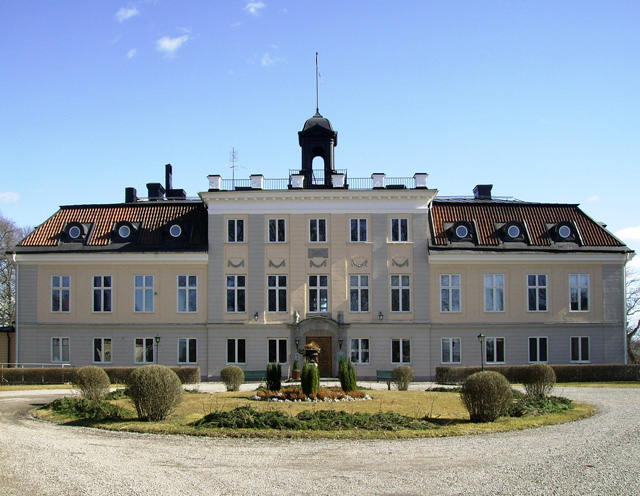 Location: Gnesta Municipality, Sodermanland County, Sweden.
Built: 1892.
Condition: Intact.
Ownership / Access: Restaurant.
Notes: Sodertuna Castle is a hotel and former castle in Gnesta Municipality, Sweden. It dates to the 14th century and is now a luxury hotel and conference center. The main building is of medieval origin, but was updated during the 17th century and the late 18th century. The last major renovation was in 1892. The castle is situated on an island in Frosjon not far from Gnesta. It has belonged to members of several families: Sparre, Lovisin, Palmenfelt, Ehrensvard, Wachtmeister, Adelborg, and von Eckermann.The castle and the park were split off in 1985 by the von Eckermann family. The new owners, together with an additional couple of Norwegian investors, made the palace into a hotel and conference center, which was inaugurated in 1986 by Princess Christina. In 2007 the castle was sold to the Astrom family, which also operates Dufweholms Manor Inn and Gripsholm.

How To Get To Sodertuna Castle (Map):