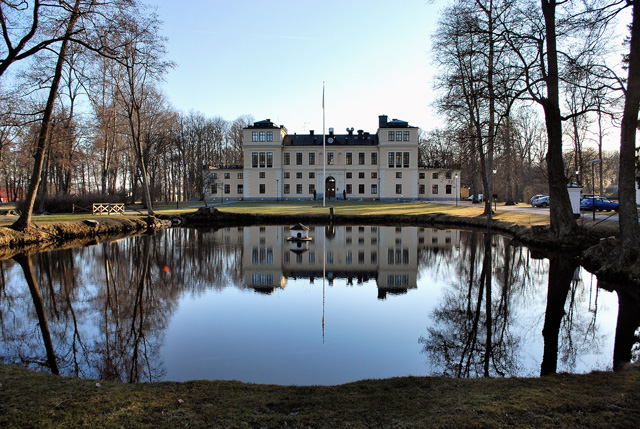 Location: Uppland, Sweden.
Built: 1844.
Condition: Intact.
Ownership / Access: Hotel.
Opening Times: Check their website for more info.
Price of Admission: Check their website for more info.
Notes: Ranas Manor (Ranas slott, Ranas Castle) is situated in Uppland in central Sweden, about an hour's drive north of Stockholm on the northern shore of Lake Skedviken. The manor was built in the 1850s by the Reuterskiold family at the site of a 17th-century manor, torn down after the completion of the present manor. Ranas manor was designed by the leading architect of the time, professor Per Axel Nystrom. Ranas manor had a charter from 1774 for the yearly production of 1500 ship pounds (260,000 kg) of bar iron. In the fields surrounding the manor grain was cultivated and in its wide-stretched forests coal was bunkered. The manor also included a long low row of houses for the families of the workers employed at the manor, a position which was considered lifelong. Following the 1932 Krueger Crash the manor was sold to the Municipality of Stockholm and used as a mental hospital until 1985. In 1996 the manor was bought by two private individuals and extensively restored. Since 1998 Ranas Manor has been a hotel and conference center.

How To Get To Ranas Manor (Map):