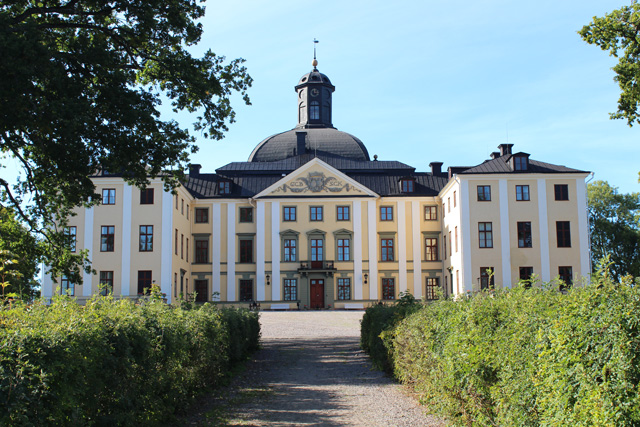 Location: Tierp Municipality, Sweden.
Built: 14th century.
Condition: Intact.
Ownership / Access: Museum.
Opening Times: Check their website for more info.
Price of Admission: Check their website for more info.
Notes: Orbyhus Castle (Swedish: Orbyhus slott) is a castle in Tierp Municipality, Sweden. It lies some 12 kilometres east of European route E4, approximately halfway between Uppsala and Gavle. Known since the 14th century, the estate was turned into a castle during the 15th century by Johan Kristensson Vasa, grandfather of Swedish king Gustav Vasa. The castle has been used as a prison, and its most well-known prisoner was king Eric XIV of Sweden, who died here in 1577.The estate is known since the 14th century. During the 15th century, a stone keep was erected for defensive purposes by Johan Kristensson Vasa, grandfather of future king of Sweden Gustav Vasa. The stone tower still forms the core of the castle complex. This central tower was built at the middle of the 15th century. It subsequently stayed in the Vasa family, and during the reign of Gustav Vasa was expanded into a fortress with a surrounding wall, still partially preserved. From this time, the castle also began to be used as a state prison, where for example the field marshal, Privy Council member and governor of Narva and Ivangorod Carl Henriksson Horn af Kanckas sat imprisoned after being condemned for treason. The most famous prisoner of the castle is king Eric XIV of Sweden, who was imprisoned by his brother, John III of Sweden. Eric XIV was imprisoned in 1574 and died in captivity there in 1577. He was quite possibly murdered at the instigation of his brother. The castle stayed within the royal family until 1641, when it through an exchange became the property of the Baner family, who remained owners until 1729. During the ownership of Gustaf Carlsson Baner, the castle was in the 1660s transformed into a Baroque palace. The architect, possibly Erik Dahlbergh, incorporated the medieval keep in the palace. Another large-scale reconstruction took place in 1825-32, under the guidance of architect Carl Christoffer Gjorwell. It was renovated in 1901-08.