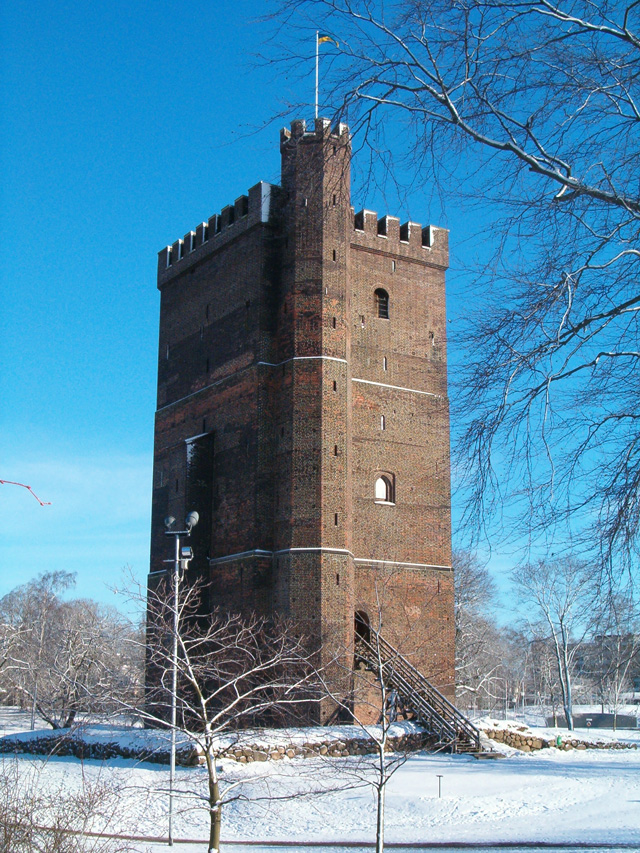 Location: Helsingborg, Scania, Sweden.
Built: 11th century.
Condition: Intact.
Ownership / Access: Museum.
Notes: Karnan (Swedish pronunciation Danish: Kernen, both literally The Core) is a medieval tower in Helsingborg, Scania, in southern Sweden. It is the only part remaining of a larger Danish fortress which, along with the fortress Kronborg on the opposite of Oresund, controlled the entranceway between Kattegat and Oresund and further south the Baltic Sea. The castle was restored starting during 1893-94, under instructions from Oscar Ferdinand Trapp, a Swedish businessman and engineer (1847-1916). Architect for the restoration was Josef Alfred Hellerstrom (1863-1931), Helsingborg city architect from 1903 to 1928. The objective of the restoration was to restore, to the extent possible, the appearance the structure had based upon the oldest known medieval illustration. The building's crenellation dates from these repairs.

How To Get To Karnan (Map):