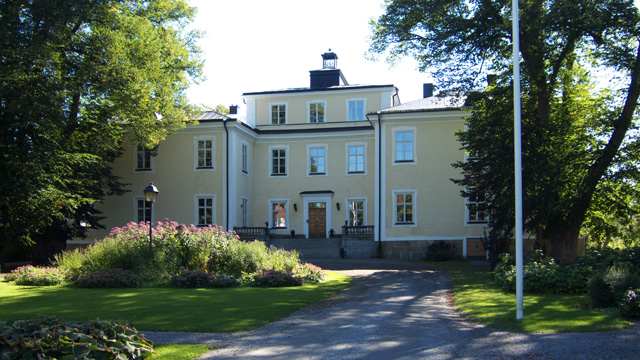 Location: Enkoping in Uppsala County, Sweden.
Built: 1670.
Condition: Intact.
Ownership / Access: Hotel.
Opening Times: Check their website for more info.
Price of Admission: Check their website for more info.
Notes: Haga Castle (Haga Slott) is a castle by Lake Malaren outside of Enkoping in Uppsala County, Sweden. The earliest recorded owner of the Haga property was the Swedish noble, Sten Bengtsson (Bielke). He built a stone building on the property. His son Ture Stensson (Bielke) apparently moved from that site to where Haga's main building now stands. Up until the 1660s, Haga remained a medieval style castle, with irregularly built-on towers and wings. The present Haga Castle was built by Nicodemus Tessin the Elder on commission by Gustaf Persson, Natt och Dag. It was completed in 1670. In 1894 it was sold to wholesalers L. L. Liberg. The castle was sold in 1912 to lieutenant Adolf Wersall who began an extensive renovation. The Swedish Hotel and Restaurant Employees' Union bought the estate in 1924 and made it the summer home for the members. From the early 1940s to 1962, Haga functioned as a mental hospital. After extensive renovations, Haga opened as a hotel and conference center in 1990.

How To Get To Haga Castle (Map):