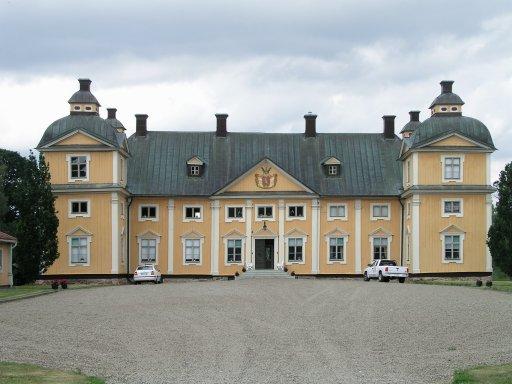 Location: Smaland, Sweden.
Built: 1660s.
Condition: Intact.
Ownership / Access: Private residence.
Notes: Gripenberg Castle (Swedish: Gripenbergs slott) is a wooden manor house near Tranas in Smaland, Sweden. It is considered to be the biggest wooden castle in Sweden and one of the oldest that remain today as well. Gripenberg Castle was built in 1663 as a hunting seat for the field marshal Carl Gustaf Wrangel. Its architect is unknown, but there is some reason to believe that it might have been Nicodemus Tessin the Elder. It is presumed that the castle's name is derived from the name of Wrangel's mother, Margareta Grip, and that Wrangel might have chosen it to commemorate her. By the end of the 17th century the castle was bought by Samuel von Soderling and today remains in the possession of his family.