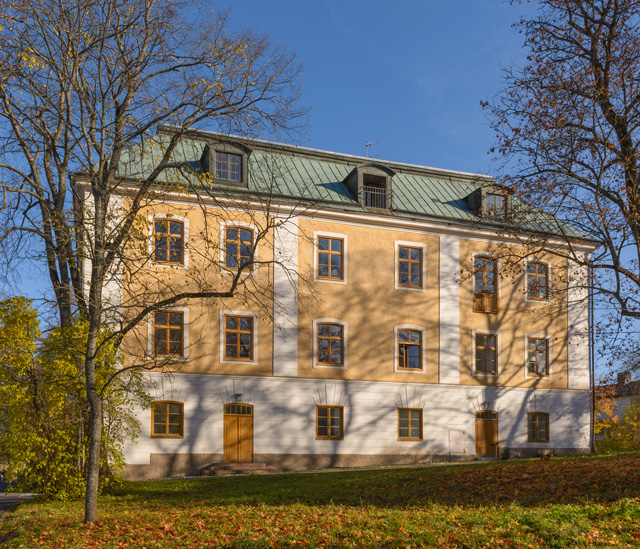 Location: Gavleborg, Sweden.
Built: 1754.
Condition: Intact.
Ownership / Access: County Governor's Official Residence.
Notes: Gavle Castle is a palace in Gavle, Sweden, rebuilt several times since its foundation in 1583. It is the official residence of the County Governor of Gavleborg County.The original castle was built 1583-1593 by the Swedish crown. The architect was Willem Boy.After several decades of decay, the castle was rebuilt during the 1650s and the 1660s. The castle now became the residence of the governor, and office of the provincial government.A severe fire in 1727 destroyed large parts of the castle, and it was left in ruins until 1741 when Carl Harleman was commissioned to rebuild it into a modern residence and government office. The rebuildning was completed in 1754.