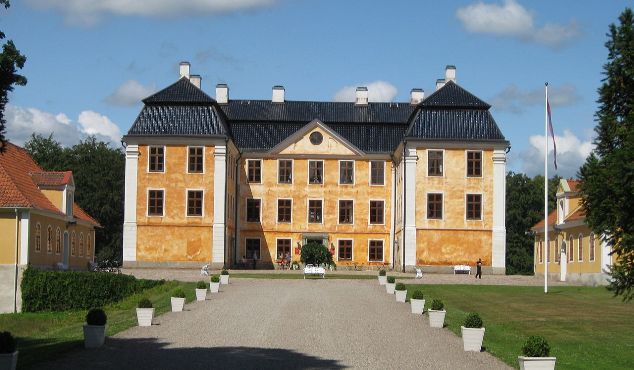 Location: Tomelilla Municipality, Scania, in southern Sweden.
Built: 1730s.
Condition: Intact.
Ownership / Access: Museum.
Opening Times: Check their website for more info.
Price of Admission: Check their website for more info.
Notes: Christinehof Castle (Swedish: Christinehofs slott) is a castle in Tomelilla Municipality, Scania, in southern Sweden. It was built between 1737 and 1740 in the German Baroque style. The first estate mentioned on the site was situated in the 14th-century, and named Sjostrup, according to tradition owned by a German noble named Snakenborg. In 1387, the estates Kolstrup and Sjostrup was united to the estate Andrarum, which was bought by Christina Piper in 1725. The present castle was built in 1737-40 by its owner at the time, Christina Piper, and named Christinehof after her.

How To Get To Christinehof Castle (Map):