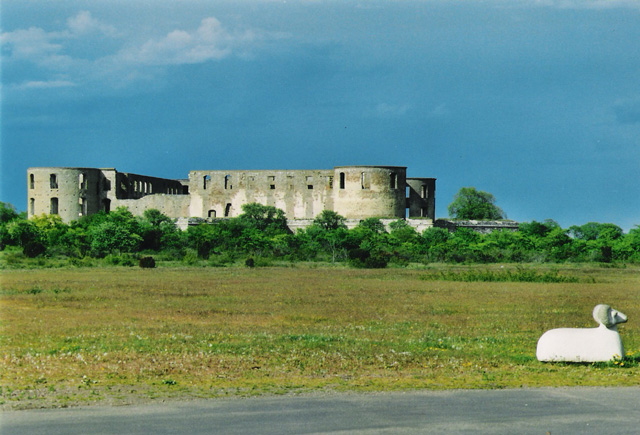 Location: Borgholm, Sweden.
Built: 13th century.
Condition: Ruin.
Ownership / Access: National Property Board of Sweden.
Notes: Borgholm Castle (Swedish: Borgholms slott) in Borgholm, Sweden, is today only a ruin of the fortress that was first built in the second half of the 12th century and rebuilt many times in later centuries. It is linked to Halltorps estate, to the south. The castle was destroyed in a fire on 14 October 1806. The castle of today is the ruins of the 17th century baroque palace Charles X Gustav had constructed. It is owned and managed by the National Property Board of Sweden (Statens Fastighetsverk). It is open for visitors and houses a museum. The inner courtyard hosts concerts, theater performances, and other events. In the summer of 1989, Swedish pop group Roxette shot material for six music videos during a concert. One of them is "Listen to Your Heart" which became the group's third number one hit on the Billboard Hot 100 later that year.

How To Get To Borgholm Castle (Map):