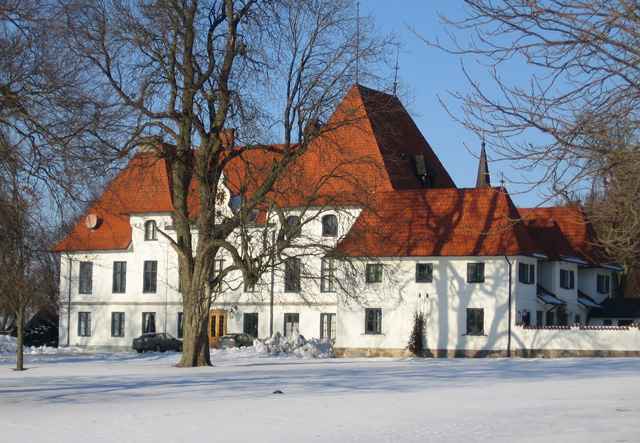 Location: Lund Municipality, Sweden.
Built: 1752.
Condition: Intact.
Ownership / Access: Private residence.
Notes: Bjornstorp Castle (Swedish: Bjornstorp slott) is a castle in Lund Municipality, Scania, in southern Sweden. It was built in 1752 and reshaped in 1860-1880, with its final appearance set in 1868, by architect Helgo Zettervall. Bjornstorp is mentioned in 1568, when it was granted to Mikkel Pedersen Gonge from the crown. After this, it was own by various members of the local Danish nobility. In 1725, the estate was acquired by the Swedish countess Christina Piper. At that time only a smaller property, she enlarged it into a manor estate: the present manor building is from 1752. In 1754, the daughter of Christina Piper, Hedvig Maria Sture, sold it to baron Fredrik Gustav Gyllenkrok of Svenstorp, and it has since then been owned by the Gyllenkrok family. Bjornstorp was redecorated to its present exterior by Helgo Zettervall in 1868.

How To Get To Bjornstorp Castle (Map):