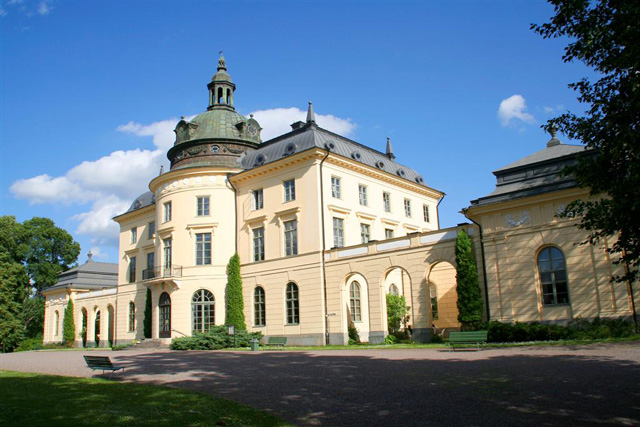 Location: Ostergotland County, Sweden.
Built: 1791.
Condition: Intact.
Ownership / Access: Museum.
Opening Times: Check their website for more info.
Price of Admission: Check their website for more info.
Notes: Bjarka-Saby Castle (Nya slottet Bjarka-Saby) is a baroque style chateau located south of Linkoping, in Ostergotland County, Sweden. In Bjarka-Saby there are actually two castles simply called the old and the new castle of Bjarka-Saby. The old castle dates from 1632. The new castle is owned by the Pentecostal Church Out of the castle's common life, meetings and retreats an ecumenical community has been born, though not a monastery as stated in some articles. This community, Ekumeniska Kommuniteten i Bjarka-Saby (EKiBS), is a community with its members living scattered around Sweden and the other Scandinavian countries but having its main gatherings and heart at the castle of Bjarka-Saby.