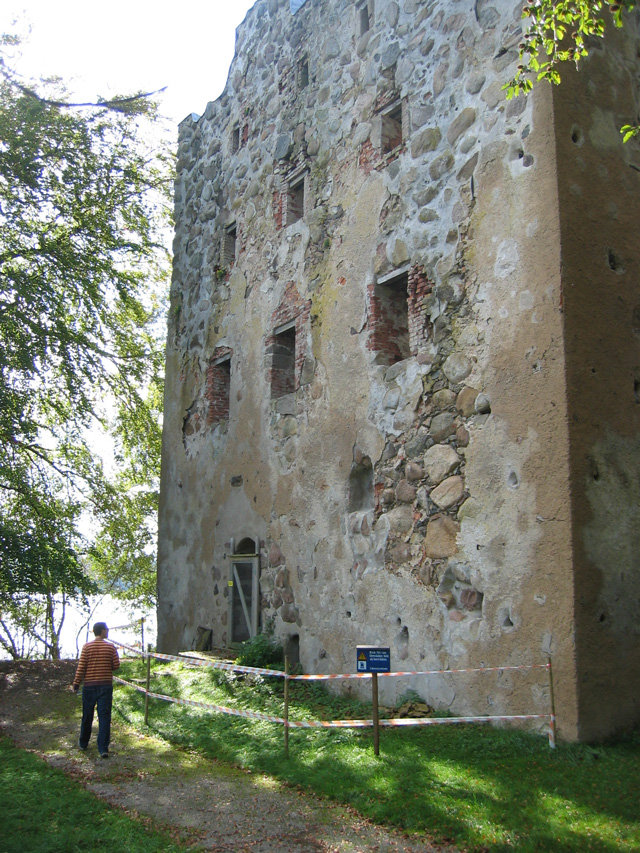 Location: Smaland, Sweden.
Built: 15th century.
Condition: Ruin.
Ownership / Access: --
Notes: Bergkvara Castle is a castle in Sweden. Described in the Nordisk familjebok as "one of Sweden's oldest mansions, located at a lake of the same name, in Varend, Bergunda and Ojaby parishes, Kinnevalds district and Kronoberg County, 6 km. west of Vaxjo". Bergkvara was an "ornamental landscape" whose residence was rebuilt as a tower house in the 1470s. The tower house was originally surrounded by two moats, serving as a system of defense. In the late 17th Century, the inner moat had been partly filled and served as a fishpond while the outer moat served more as a ditch marking the limit of the castle bailey. By this time the residence had moved to the outer moat, as the tower house had lost its original function. The moats are thought to be medieval, while the reconstructed residence dates from at least the 16th Century. In total, "Bergkvara was a residence for noblemen from the fifteenth century until the 1580s. Thereafter it functioned as a manor for absent noblemen who never resided here and seem to have visited Bergkvara very seldom.".

How To Get To Bergkvara Castle (Map):