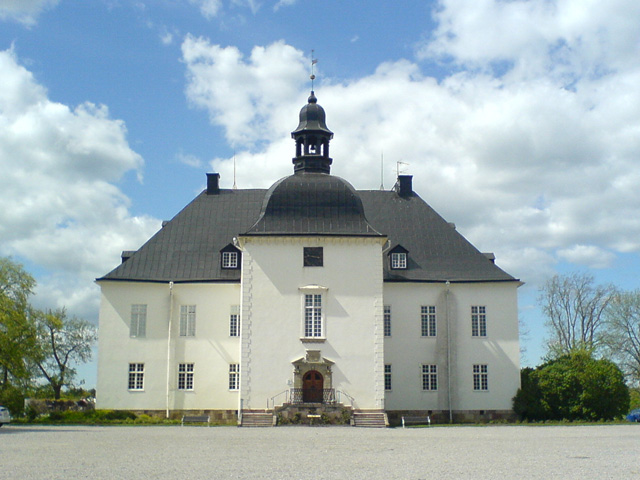 Location: Stockholm County, Sweden.
Built: 1667.
Condition: Intact.
Ownership / Access: Museum.
Notes: Arsta Castle in Haninge Municipality, Stockholm County, Sweden, is a castle built in the 17th Century. The Arsta estate is mentioned in the 13th-century, when it was the base for the Swedish property of the Teutonic Order. It was sold to the nobleman Erik Axelsson in 1467. There are still remains of the medieval ruins at the land close to Arsta Castle. The present Arsta Castle was constructed between 1660 and 1667 by Claes Hansson Bielkenstierna and his spouse Barbro Akesdotter Natt och Dag. It was inherited through marriage by the noble families Kurck, Soop and Fleming until it was bought by the father of Fredrika Bremer, Carl Fredrik Bremer, in 1805. Fredrika Bremer died on the estate in 1865. In 1898-1910, it was owned by a stock holding company, and in 1910-1919 by telephone engineer Gustaf Cedergren, who modernized it internally. Arsta Castle was acquired by Osterhaninge commune in 1966 and is today used by the restaurant Arsta Slott Gastronomi and of the society Arstasallskapet.

How To Get To Arsta Castle (Map):