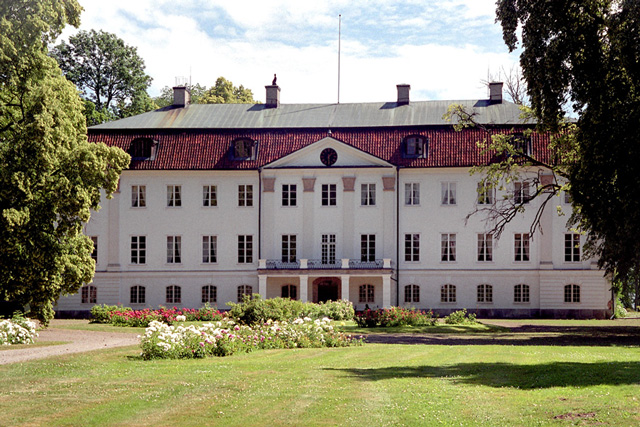 Location: Vastergotland, South-West Sweden.
Built: 1776.
Condition: Intact.
Ownership / Access: Private residence.
Notes: Almnas slott is a chateau in the province of Vastergotland, South-West Sweden, 5 km south of the town of Hjo. The mansion was built in 1773-1776 by the General Wolter Reinhold Stackelberg. It is situated at a cove of a lake and is surrounded by notable park. Later the property belonged to the families Sparre, Bielke, Horn, Ehrensten and others. It was purchased in 1859 by Gustaf Sparre, first speaker at the Swedish Parliament, and in 1898 by Baroness Marika Dickson from Gothenburg. Almnas is not open to the public.

How To Get To Almnas Castle (Map):