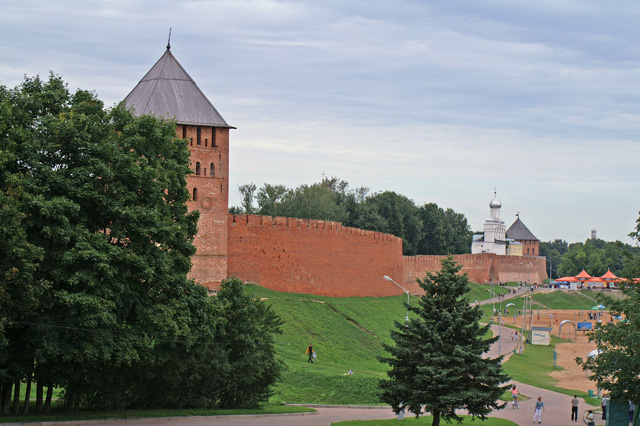 Location: Veliky Novgorod Russia.
Built: 11th-14th century.
Condition: Intact.
Ownership / Access: --
Notes: The Novgorod Kremlin, traditionally known as the Detinets, also contains the oldest palace in Russia (the so-called Chamber of the Facets, 1433), which served as the main meeting hall of the archbishops; the oldest Russian bell tower (mid-15th century), and the oldest Russian clock tower (1673). The Palace of Facets, the bell tower, and the clock tower were originally built on the orders of Archbishop Euphimius II, although the clock tower collapsed in the 17th century and had to be rebuilt and much of the palace of Euphimius II is no longer standing. Among later structures, the most remarkable are a royal palace (1771) and a bronze monument to the Millennium of Russia, representing the most important figures from the country's history (unveiled in 1862).

How To Get To Novgorod Kremlin (Map):