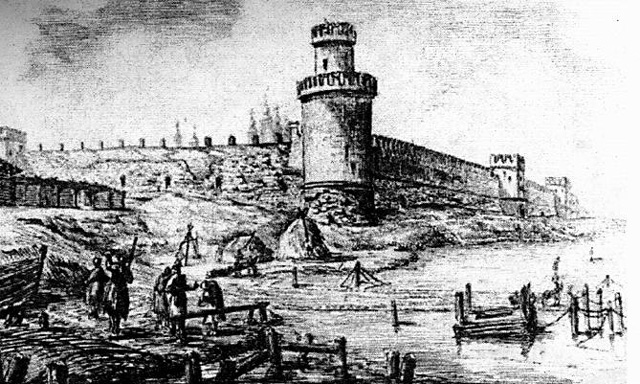 Sviblova Tower and a view of the Kolomna Kremnlin. Picture by M. Kazakov. 1778 ?. - Matvey Kazakov - Wikipedia - lic. under Public Domain

Location: Kolomna. Russia.
Built: 1525-1531.
Condition: Intact.
Ownership / Access: --
Notes: Kolomna Kremlin is a very large fortress in Kolomna, Russia. The stone Kolomna Kremlin was built from 1525-1531 under the Russian Tsar Vasily III. Before its reconstruction in 1531, the Kolomna Kremlin was made of wood. On its territory there are many Russian churches and monasteries: The Uspensky cathedral, the Voskresenky church, the Spassky monastery (14th century), and a number of others.