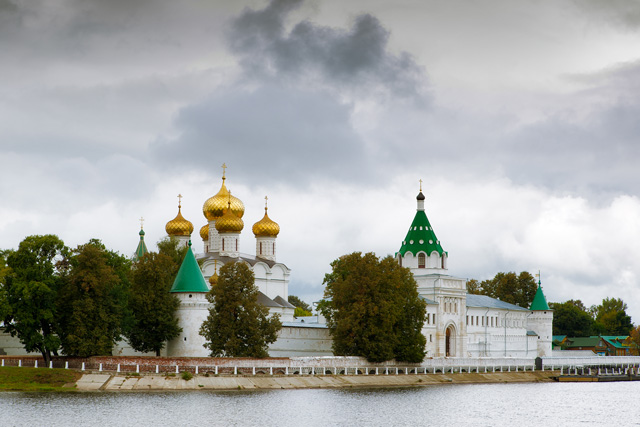 Location: Kostroma, Russia.
Built: 1432-1840th.
Condition: Intact.
Ownership / Access: Russian Orthodox Church.
Notes: The Ipatiev Monastery sometimes translated into English as Hypatian Monastery is a male monastery, situated on the bank of the Kostroma River just opposite the city of Kostroma. It was founded around 1330 by a Tatar convert, Prince Chet, whose male-line descendants include Solomonia Saburova and Boris Godunov and dedicated to St. Hypatios of Gangara.The Ipatiev Monastery was disbanded after the October Revolution in 1917. It has been a part of the historical and architectural preservation, but recently the authorities decided to return it to the Russian Orthodox Church, despite strong opposition from museum officials. In September 2002 one of the most prominent museum exhibits, the large wooden church (1628) from Spas-Vezhi village, was destroyed by fire.

How To Get To Ipatiev Monastery (Map):