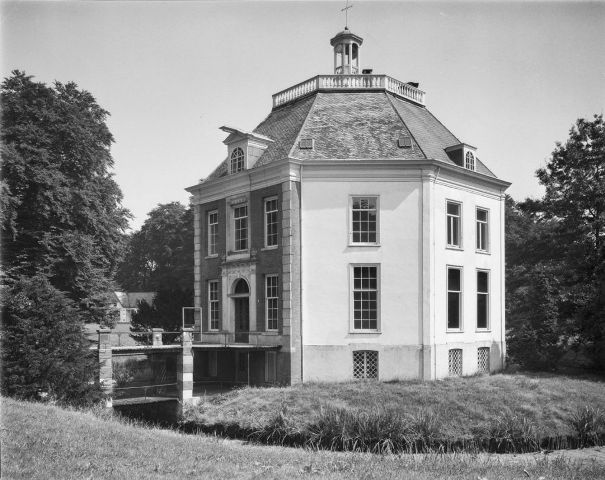 Location: Lage Vuursche, Utrecht, Netherlands.
Built: 1640.
Condition: In good condition.
Ownership / Access: Princess Beatrix of the Netherlands.
Notes: Drakensteyn Castle (Dutch: Drakensteyn, sometimes Drakesteijn or Drakestein) is a small castle at 9 Slotlaan in the hamlet of Lage Vuursche, in the municipality of Baarn, Netherlands. It is owned by Princess Beatrix of the Netherlands, the country's former Queen who abdicated in 2013. Beatrix bought the castle in 1959, when she was the heir to the Dutch throne, and took up residence in 1963. After her marriage in 1966 she continued to live there with her husband, Prince Claus and later their three sons as well. After Beatrix succeeded her mother Juliana as Queen of the Netherlands in 1980, the family moved to The Hague in 1981. On January 28, 2013, it was announced that Beatrix would take up residence at the castle after her son, Willem-Alexander, ascended to the Dutch throne on April 30, 2013. On February 2, 2014, Beatrix moved in to the castle. A house called Drakesteijn at this location was first mentioned in 1359, but the current building was constructed in the years 1640–1643 for a Gerard van Reede Läm. In the 17th and 18th centuries the castle changed hands on several occasions. In 1807 Paulus Wilhelmus Bosch, mayor of Utrecht, became the owner of Drakensteyn Castle. The house remained in the possession of that family for 150 years until Frederik Lodewijk Bosch van Drakestein sold it to Princess Beatrix. It should not be confused with the nearby Klein Drakesteijn ("Little Drakesteijn"; located at 4 Kloosterlaan), which was built in 1780. The royal connection aside, its most distinctive feature is its octagonal shape. It is surrounded by a moat that can be crossed via a bridge. Its style can be described as Classicist.

How To Get To Drakensteyn Castle (Map):

Drakensteyn Castle On Wikipedia
Page on the Royal House site