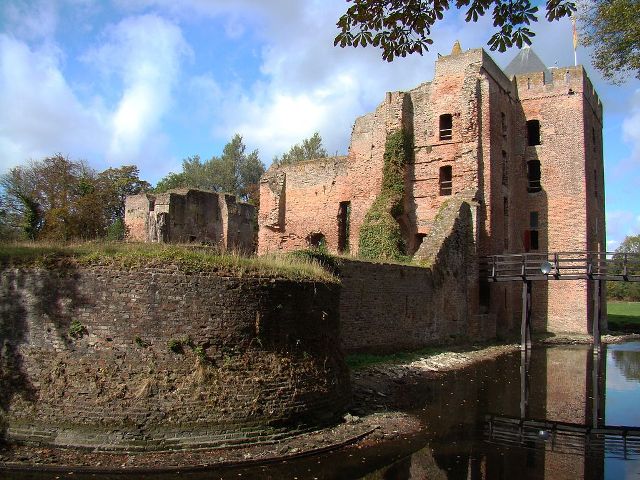 Location: Santpoort, North Holland, Netherlands.
Built: 13th century.
Condition: Ruins.
Ownership / Access: States of Holland and the Dutch Republic.
Notes: Brederode Castle (Dutch: Kasteel Brederode), also called the Ruins of Brederode (Dutch: Ruïne van Brederode), is located near Santpoort-Zuid. The castle was founded in the second half of the 13th century by William I van Brederode (1215–1285). William was a descendant of the lords van Teylingen, who were related to the counts of Holland. The castle formed part of the high lordship Brederode, which had been given in loan in the 13th century to the lords of Brederode by the count of Holland. The name Brederode is a reference to a wooded area called Brede Roede (literally: broad wood), that was cleared and on which the castle was built. The castle was at first not more than a tower, but around 1300 Dirk II van Brederode had the tower pulled down and replaced with a proper castle.

How To Get To Brederode Castle (Map):