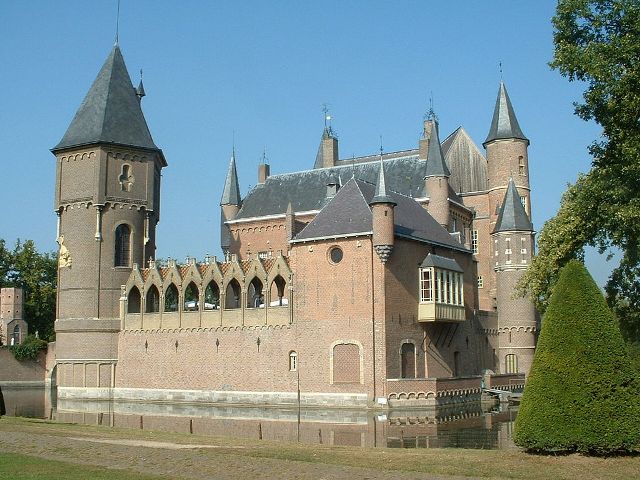 Location: Heeswijk, North Brabant, Netherlands.
Built: 1080.
Condition: Restored.
Ownership / Access: --
Notes: Heeswijk Castle (Dutch: Kasteel Heeswijk) is a former moated castle near Heeswijk in the Dutch province of North Brabant. Originally built in the 11th century, the castle was restored in 2005. The original castle consisted of a motte erected in 1080. During the subsequent centuries this motte was reduced and in its place a castle was built. Heeswijk Castle has played a crucial role in the history of the Netherlands. Around the year 1600 Prince Maurits twice failed to take the castle. Eventually, his half-brother Frederick Henry did, however, succeeded in capturing the castle in 1629, which in turn enabled him to lay siege to 's-Hertogenbosch. In 1672 the French king Louis XIV stayed at Heeswijk Castle during his campaign against the Dutch Republic. At the end of the 18th century General Pichegru, a French general under the command of Napoleon used the castle as his headquarters.In 1835, André Baron van den Bogaerde van Terbrugge bought Heeswijk Castle, which by then had fallen into disrepair, and immediately started reconstruction works on a large scale. The castle was enlarged with an armory. He also had the so-called "Iron Tower" built in order to house his and his sons', Louis and Donat, growing collection of art objects and curiosa.

How To Get To Heeswijk Castle (Map):