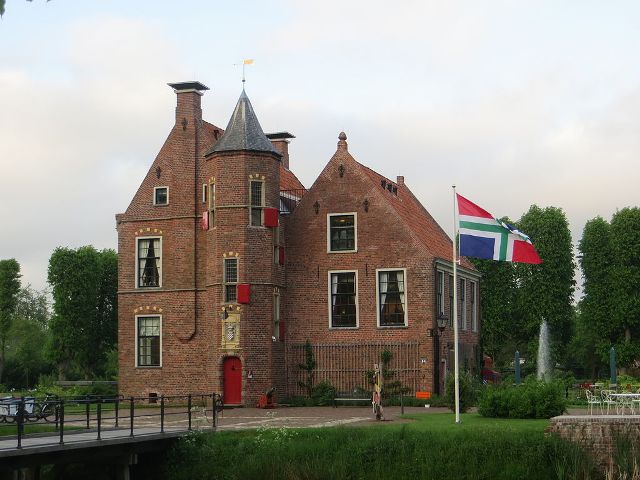 Location: Wedde, Groningen, Netherlands.
Built: after 1362.
Condition: In good condition.
Ownership / Access: Currently used as a hotel and restaurant.
Notes: The Wedderborg (Dutch pronunciation: [ˌʋɛdərˈbɔrx]; Borough of Wedde) is a borg, a type of castle in Groningen, in the village of Wedde in the Netherlands. The building has 14th, 15th, and 16th-century elements and is currently used as a hotel and restaurant. The Wedderborg is located at the Hoofdweg[3] in the village Wedde in the municipality Bellingwedde in the east of the province Groningen near the Dutch–German border. It is situated on the bank of the river Westerwoldse Aa in the north of the region Westerwolde. The first building was built shortly after 1362 by Egge Addinga. The building is surrounded by a moat and consists of a 14th-century cellar, a 15th-century wing, and a 16th-century wing and tower. The Wedderborg became a rijksmonument (state monument) in 1972.[3] The borg is currently used as a hotel and restaurant.

How To Get To Wedderborg (Map):