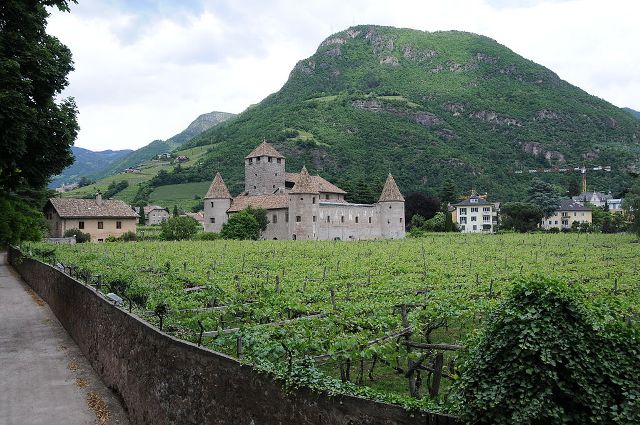 Location: Bolzano, Italy.
Built: 13th century.
Condition: In good condition.
Ownership / Access: Now a convention center.
Notes: Maretsch Castle (German: Schloss Maretsch; Italian: Castel Mareccio) is a castle located in the historic center of Bolzano, South Tyrol, northern Italy. It is a residence rather than a defense construction. The oldest part of the castle dates back to the 13th century. The present form is due to the members of the Römer family, who transformed it in a Renaissance castle between 1560 and 1570. Today the castle is a convention center, but it can be visited after previous reservation.