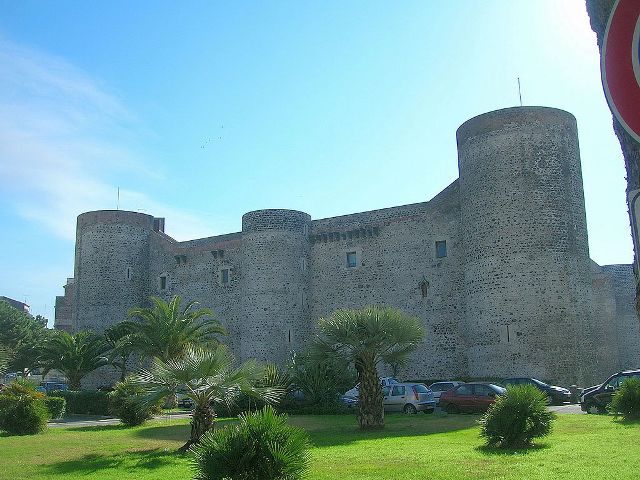 Location: Catania, Italy.
Built: 1239–1250.
Condition: Intact.
Ownership / Access: --
Notes: Castello Ursino ('Bear Castle'), also known as Castello Svevo di Catania, is a castle in Catania, Sicily, southern Italy. It was built in the 13th century as a royal castle of the Kingdom of Sicily, and is mostly known for its role in the Sicilian Vespers, when it became the seat of the Sicilian Parliament. The castle is in good condition today, and it is open to the public as a museum.Castello Ursino was built between 1239 and 1250, as one of the royal castles of Emperor Frederick II, King of Sicily, closing a chapter on the turbulent time in Sicily that followed the death of his predessor, William II. Local lords had attempted to assert independence, and in 1220 Frederick II had ordered the destruction of all non-royal castles in Sicily. Castello Ursino was built to stress royal power as well as for the defence of the capital, and was considered impregnable at the time.

How To Get To Castello Ursino (Map):