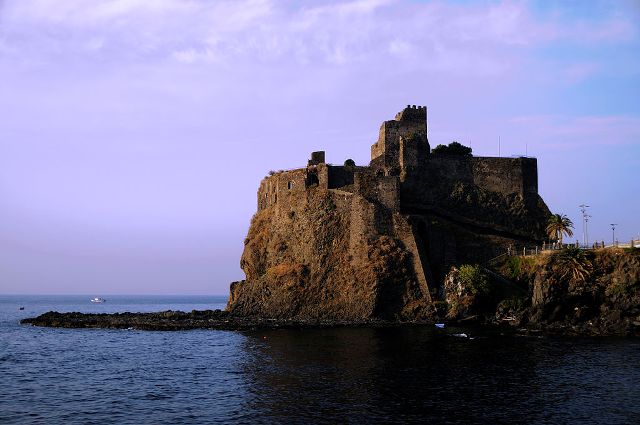 Location: Aci Castello, Italy.
Built: 1169.
Condition: Ruined.
Ownership / Access: Currently a museum.
Notes: The Castello Normanno ("Norman Castle"), or alternatively the Castello di Aci ("Castle of Aci"; Sicilian: Casteddu di Iaci), is a castle located in Aci Castello in the Province of Catania in Sicily. The castle is situated on a rocky outcrop jutting out into the sea. Its precise date of construction is uncertain, but it was important to the development of its region during the Middle Ages. During the War of the Sicilian Vespers, it was subject to Roger of Lauria. It was besieged more than once, and was also briefly controlled by the Spanish. It is currently a museum.

Castello Normanno On Wikipedia
"Francavilla Fontana". Brindisi Virtual Tour (in Italian). Archived from the original on 24 May 2009. Retrieved 25 March 2008