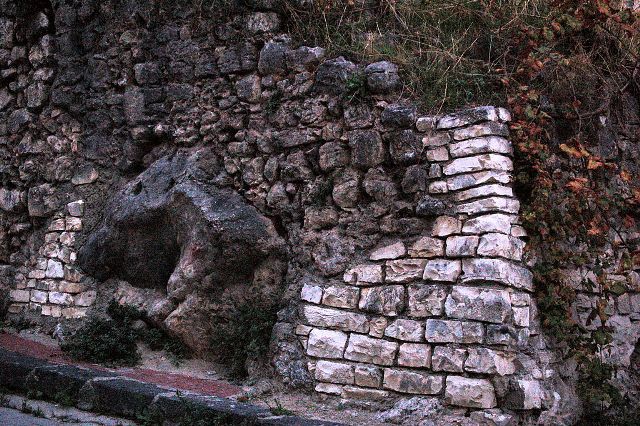 Location: Bivona, Italy.
Built: 14th century.
Condition: Ruins.
Ownership / Access: Public.
Notes: The Castello di Bivona was a castle in the town of Bivona, Sicily. It was built in the 14th century, and it was partially destroyed when it was sacked in 1529. The castle is now in ruins, and a few remains can still be seen.The first reliable evidence of feudalism in Bivona dates back to 11 October 1299, when Robert of Anjou, the King of Naples, granted the castles of Bivona and Calatamauro to Giacomo de Catania. The castle mentioned in this decree was probably a watchtower which had been built as part of the walls of Bivona around the time of the War of the Sicilian Vespers. Eventually, the castle began to be built in the first half of the 14th century. In 1359, Guido and Francesco Ventimiglia almost destroyed it, but it was rebuilt within the same year by Corrado Doria. The land and castle of Bivona was passed to Nicholas Peralta in 1397. In 1406, it belonged to Francesco Castellar. The castle was looted and partially destroyed in 1529, during the Secondo caso di Sciacca, a conflict between the de Luna and Perollo noble families. Today, the castle is in ruins. Some parts of it are embedded in structures of a later period.