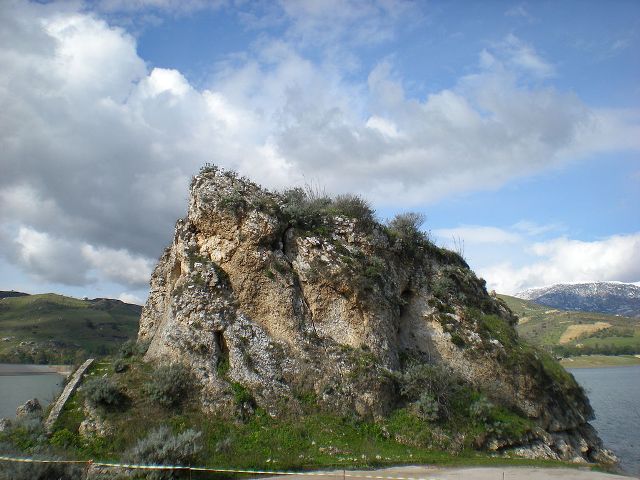 Location: Alessandria della Rocca, Italy.
Built: 14th century.
Condition: Ruins.
Ownership / Access: --
Notes: The Castello della Pietra d'Amico was a 14th century castle in Alessandria della Rocca, Sicily, southern Italy. Today, very little remains of the structure, since part of the rock on which it was built collapsed.The first structure on the site of the Castello della Pietra d'Amico was possibly built during the Byzantine period. The site was eventually taken over by the Saracens, before being destroyed in the 13th century. The castle itself was built in the 14th century, and it probably consisted of a square tower and a rock-hewn silo. In 1542, it was sold to Don Nicholas Barresi, who founded the municipality of Alessandria della Rocca. Part of the rock on which the castle was built collapsed over time, destroying most of the structure in the process. Today, all that remains are a few parts of its walls and staircases. The site is abandoned but is accessible to the public.