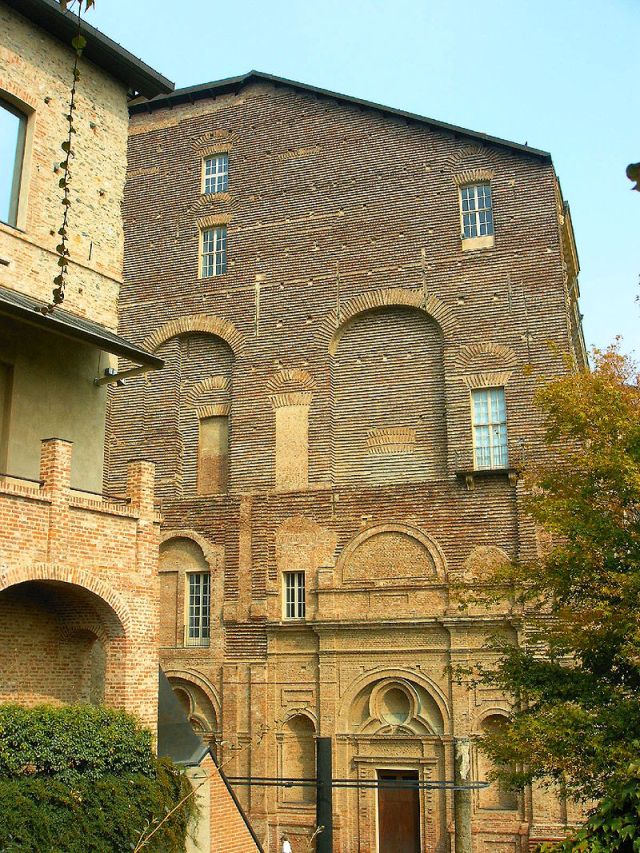 Location: Rivoli, Italy.
Built: 9th-10th century.
Condition: In good condition.
Ownership / Access: --
Notes: The Castle of Rivoli is a former Residence of the Royal House of Savoy in Rivoli (province of Turin, Italy). It is currently home to the Castello di Rivoli - Museo d'Arte Contemporanea, the museum of contemporary art of Turin.The castle was probably built in the 9th-10th centuries, but its existence is mentioned for the first time only in 1159, in a diplom by Emperor Frederick Barbarossa that ceded the Rivolese territories to the bishops of Turin. The House of Savoy acquired Rivoli in the 11th century, and soon began a feud with the bishops that as soon as 1184 resulted in damage to the castle. In 1330 Amadeus VI of Savoy moved in the castle the Consiglio dei Principi, senior administrative council of the countryside. The castle was also the first place of public veneration of the Shroud of Turin in his path towards Turin under Amadeus IX. After a period of decline, the Treaty of Cateau-Cambrésis (1559) established that Duke Emmanuel Philibert could not reside in Turin until he had not a male child. He therefore set his residency in the Castle of Rivoli, having it restored by architect Ascanio Vitozzi. In 1562 heir Charles Emmanuel I was born, and he returned to Turin. Works on Vitozzi's designs were brought on until 1644 under Carlo and Amedeo di Castellamonte, with the construction of the so-called Manica Lunga, intended to house the Savoy Gallery, the sole 17th century part of the edifice still visible today. Numerous works of art were however stolen by French troops in the following years. New works began after 1706.

Castle of Rivoli On Wikipedia