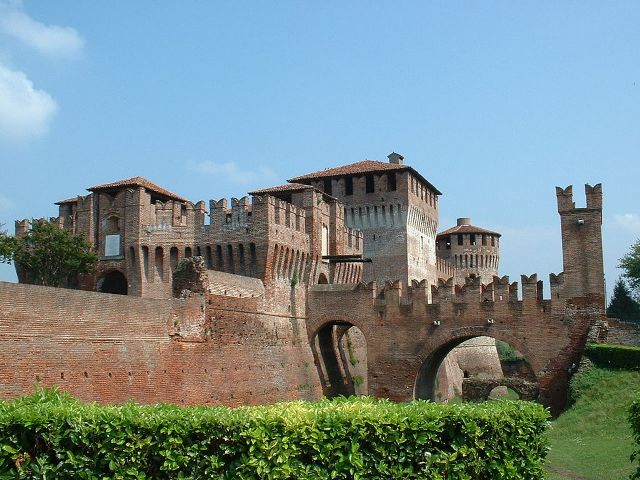 Location: Como, Italy.
Built: 10th century.
Condition: In good condition.
Ownership / Access: --
Notes: Soncino Castle (Italian: Rocca di Soncino) is a military fortress in Soncino, northern Italy. It was built in the 10th century, and it was active since the years around 1500.When the "peace of Lodi" was declared in 1454, the borders between the Venetian Republic and Duchy of Milan were established, and the Castle passed to the Duchy of Milan. The Duke of Milan, Francesco Sforza, reinforced the walls of and around the castle, which led to the request for construction in 1468 to Soncino people's desire requested by letter to the Duke of Milan, although he chose to erect just a new tower with the characteristic circular shape. Further reconstruction took place from 1471 by Benedetto Ferrini and Danese Maineri, engineers responsible for the fortresses of Soncino and Romanengo. and in 1473, Bartolomeo Gadio also contributed. From 1499 to 1509, the castle was held by the Venetians, until with French aid, the fortress was again held by the Milanese.