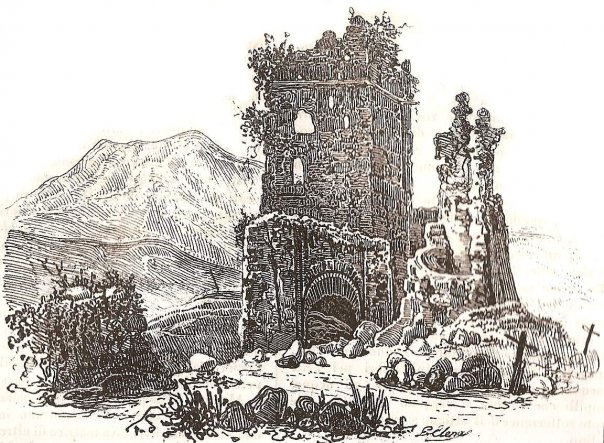 Location: Cuasso al Monte, Italy.
Built: --
Condition: Ruins.
Ownership / Access: Private property.
Notes: Cuasso Castle in Lombard local language, the Castle of Cuasso is one of the most important defensive buildings in the province of Varese and Insubria. Founded in medieval times, it stands upon a hill which gives name to the whole city of Cuasso al Monte. Nowadays only ruins remain of the ancient structure.Due to the lack of written sources, the history of the castle is still, in some respects, mysterious. The few studies and on-site digs have found out that it was built close to an ancient road that connected Milan to the alpine passages of San Bernardino Pass and Gotthard Pass. Its building on top of a gorge made the fortress impossible to seize. Its closeness to the river Cavallizza, which flows through an area rich in silver, lead and gold, could also suggest that it played a preeminent role in controlling the managing of the mineral wealth of the region.