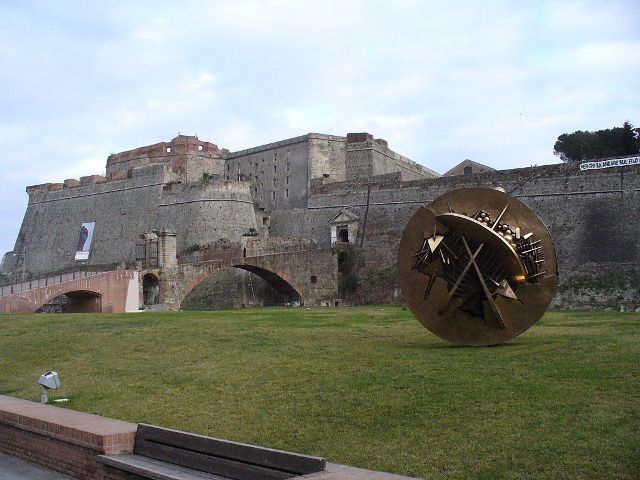 Location: Savona, Italy.
Built: 1542-1750.
Condition: In good condition.
Ownership / Access: Owned by the municipality.
Notes: The fortress of Priamar of Savona (or Priamâ in Ligurian language) is an imposing military complex that dominates the town center at the port. Built in 1542 by the Genoese in the context of measures aimed at definitive submission of the city of Savona by the "Superba", and enlarged several times, gets its name from the hill immediately overlooking the sea on which it stands, where the findings of the first settlements date back to the bronze age. The name may derive from ere according to some scholars' ma (stone on the sea in the Ligurian dialect) , or by ere mala (stone bad, that is crumbly) . This is the most important fortification of the entire Western Liguria which currently possesses a form very detailed and complex due to the many different historical phases of construction and expansion. After decades of neglect, it has been restored and is now home to several cultural activities.