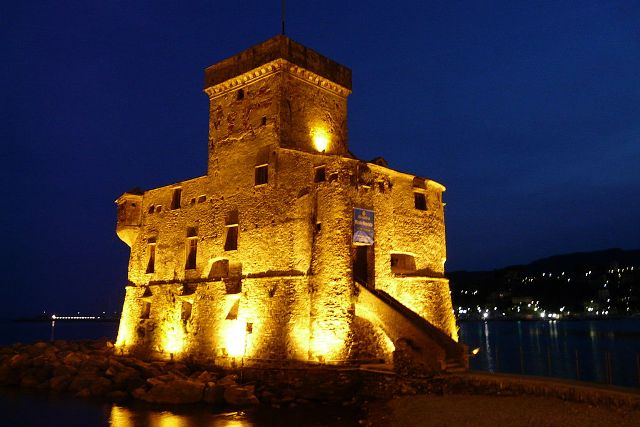 Location: Rapallo, Italy.
Built: 1550-1551.
Condition: In good condition.
Ownership / Access: Owned by the municipality of Rapallo.
Notes: The Castello di Rapallo is located in the Ligurian town of Rapallo, the Tigullio. The manor is in place, unlike other castles and fortresses in Liguria, in front of the water surface in the Rapallo promenade Vittorio Veneto. It is also known as the Medieval Castle, misnomer given that the building is from the second half of the sixteenth century to the Middle Ages now "filed" for fifty years. Inside there is also a small chapel dedicated to St. Gaetano built in 1688 with its characteristic dome with bell, clearly visible on the outside of the castle. At a local level is the symbol for the exception of the City of Rapallo and declared a national monument by the Italian Ministry of Cultural Heritage.