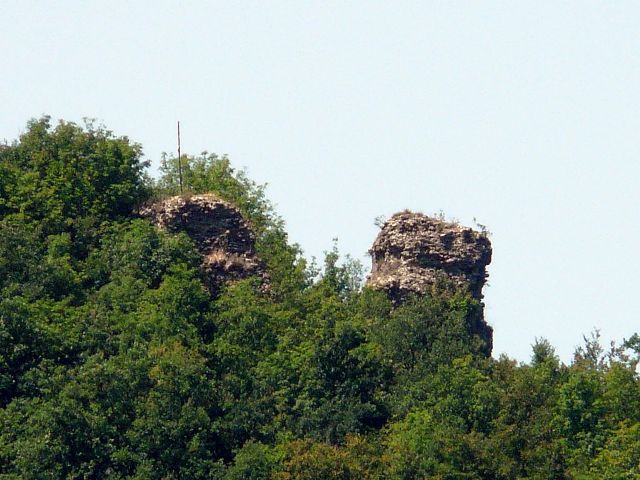 Location: Montoggio, Italy.
Built: --
Condition: Ruins.
Ownership / Access: --
Notes: The Castello di Montoggio, set to guard the upper valley Scrivia, became the property of the Fieschi, one of the most influential families of Genoa, who made it their stronghold especially in the fifteenth and sixteenth centuries. It remains primarily linked to the events of the conspiracy of Gianluigi Fieschi and its dramatic conclusion (1547). In such circumstances it was completely destroyed. Nowadays it remains only some ruins covered by vegetation, visible on a hill situated not far from the town of Montoggio.