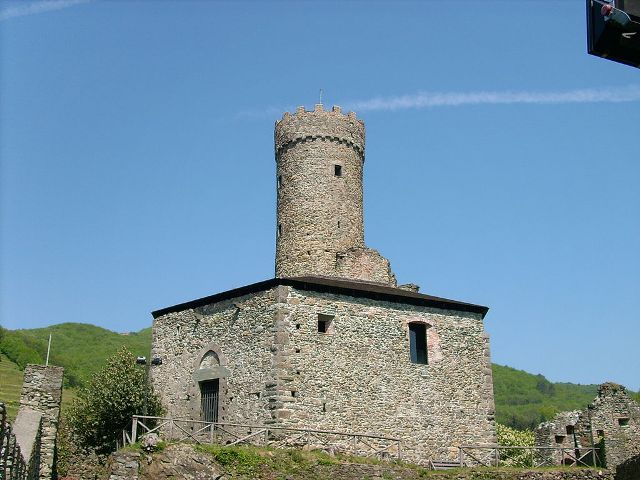 Location: Campo Ligure, Italy.
Built: 12th-15th century.
Condition: In good condition.
Ownership / Access: Owned by the municipality.
Notes: The Castello di Campo Ligure is a defensive building located in Via Rivale in Campo Ligure in the Stura valley.It is difficult to date the actual building of the castle because its architecture and structure has several building phases. Some parts of it such as the wall covering the outer hexagonal structure seems to date back to medieval times, dating from the twelfth and thirteenth century, while the tower could be a much more modern remake of an earlier tower built in the Middle Ages. The different phases of construction are due mostly because of frequent fights and highlights struggles for most cases in the destruction or sieges of the castle, then having each time to repair the damage. Considerable damage suffered between 1225 and 1273 because of tensions between the town of Genoa and the Marquis Del Bosco, coming to a Genoese siege in the village and then the campese manor.