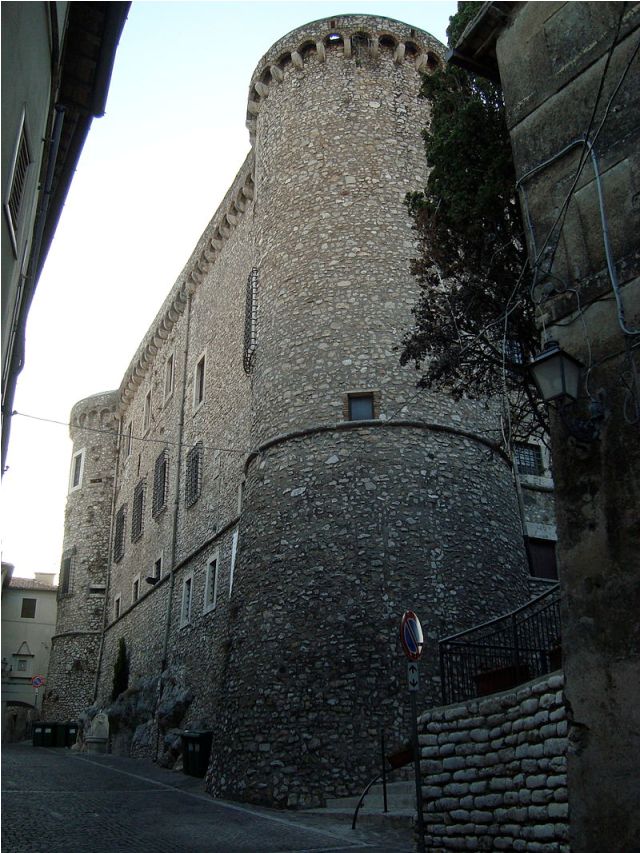 Location: San Polo dei Cavalieri, Italy.
Built: 10th century.
Condition: In good condition.
Ownership / Access: Private property.
Notes: Castle Orsini-Cesi-Borghese is located in San Polo dei Cavalieri in the province of Rome.The first news of the castle date from the second half of the tenth century when it is mentioned as the land belonging to a place unidentified small church of San Paolo (now destroyed), which for various misspellings dialect, over the centuries it became San Polo (from which, perhaps the name of the village), located in the area. At first it was the Knights belonging to the Sovereign Military Order of Malta, then to the Roman monastery of St. Paul Outside the Walls, but only in the twelfth century is referred to a Castrum Sancti Pauli. In this period the castle was simply a stronghold in the shelter of a small bell. The Castrum was a focal point and intersection between the Sabina and the Aniene Valley, in fact, around the eleventh century castle was the dispute of the feudal lords of Marcellina, Montecelio, Palombara Sabina, Tivoli and the abbey of San Paul outside the walls. By Pope, in the 2nd half of '300, the castrum was leased to the Orsini, who bought it in the fifteenth century and turned it into a military stronghold. By a statute of the Orsini of 1479 it shows that the castle was contracted out to a temporary boarding. In 1558 they sold it to the Orsini Cesi castle which turned it into a summer residence frequented by aristocrats. In 1603 it was transformed by Cesi in the Accademia dei Lincei, which was founded by Federico Cesi, who hosted the castle Galileo Galilei. After the plague of 1656 the castle passed to the Borghese becoming part of the Papal States but then became autonomous with the unification of Italy. In the eighteenth century it was sold to a certain Peter Trusiani, but returned as a property of the Borghese in the early twentieth century, but in 1946 the court of Rome was auctioned and was bought by Dr. Chiappini who in 1958 sold it to the architect Luca Brasini which it began the restoration which was later completed by Andrea Berardi jurist. After countless sales and disposals is private property now.