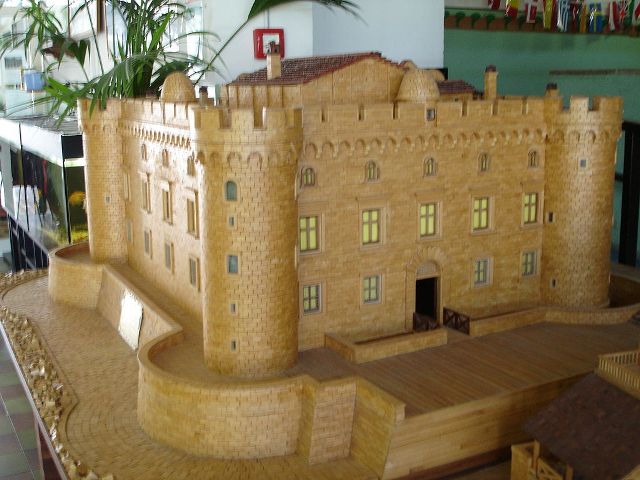 Location: Ladispoli, Italy.
Built: First mentioned in 1132.
Condition: --
Ownership / Access: Privately owned.
Notes: The castle of Palo is a fortification of medieval times located in Palo, municipality of Ladispoli (RM), now owned by the Odescalchi family.The first mention of a fortified settlement have in 1132 when the Genoese troops occupied a nearby town. But it is in 1330 that is for the first time cited a Castum Poles, owned by the Monastery of San Saba and then entrusted to the Orsini. During its first period the castle had many owners, including: Francesco Orsini, Pope Alexander VI (Borgia), Felice della Rovere Orsini, the Popes Paul III and Sixtus V, the Cardinals Orsini Flavio and Virginio Orsini. In 1693 Flavio and Lelio Orsini sold the property to Livio Odescalchi whose descendants sold the castle, however: at first it was bought by the Duke Grillo of Genoa and then by the Marquis Carlo Loffredo of Trevico. Later in 1780 the castle was bought back by the Odescalchi family the current owners.