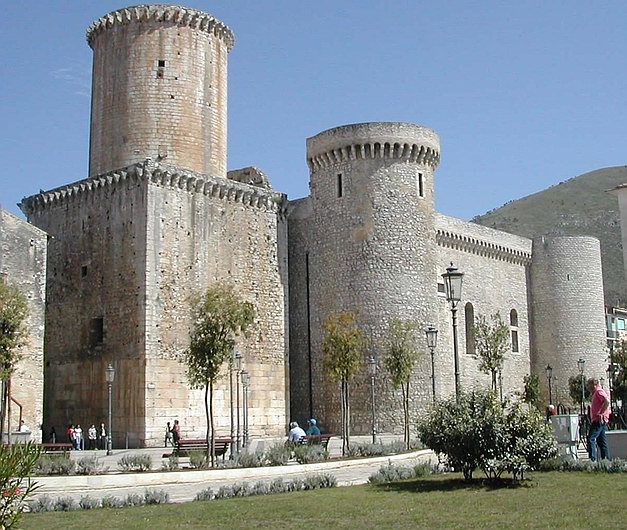 Location: Fondi, Italy.
Built: 13th-15th century.
Condition: In good condition.
Ownership / Access: --
Notes: The castello Caetani is located in Fondi (Latina Province). In 1840, due to danger, it was demolished battlements of the keep. From 1861 to 1931 it was transformed into a prison. In some caves you can still aim of prisoners graffiti. Later the castle was used as a municipal museum. The main structure consists of a male or cylindrical tower with battlements gleaming against a below square tower to irregular walls and cheesy her of the tower parts (circular and square) are separated by a gap. More or less in the same period are a few other parts of the fortress including the cylindrical corner towers.