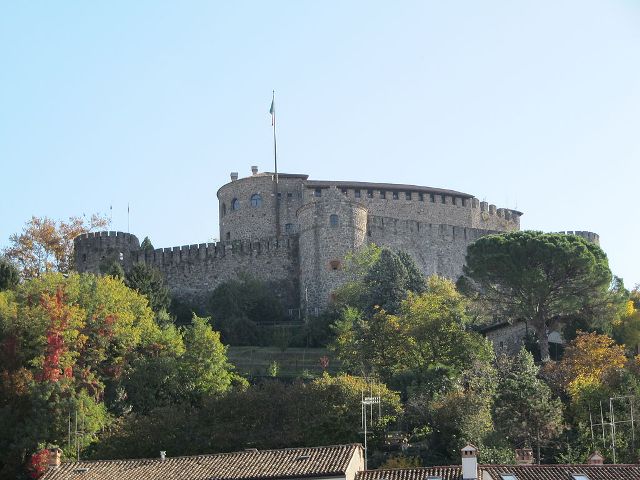 Location: Gorizia, Italy.
Built: 11th century.
Condition: In good condition.
Ownership / Access: Commune of Gorizia, Open to the public.
Notes: Gorizia Castle is an Italian fortification, dating to the 11th century, built on the hill which dominates the city of Gorizia, Italy, from which it takes its name.The castle now houses the Museum of the Middle Ages of Gorizia. The interiors are decorated with original furniture and furnishings, and reproductions of weapons and siege engines are shown. In the central courtyard it is still possible to see the remains of the old 11th-century tower. Above the entrance there is a statue of the Lion of Saint Mark, symbol of the Serenissima. Although dating back to the 16th century, it was never used because of the brief Venetian domination, until 1919, when it was placed in its current location. On the hill around the castle there is a public park.

How To Get To Gorizia Castle (Map):