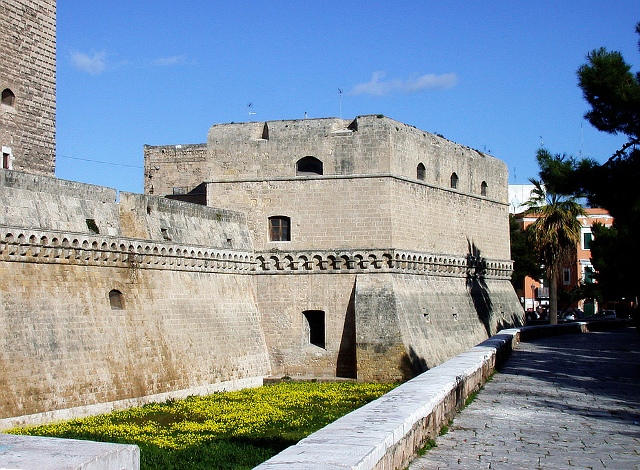 Location: Bari, Italy.
Built: 1132.
Condition: In good condition.
Ownership / Access: --
Notes: The Castello Svevo (Swabian Castle) is a castle in the Apulian city of Bari, Italy. Built around 1132 by Norman King Roger II, it is currently used for exhibitions.There is a story that, in the year 1221, Emperor Frederick II met Saint Francis of Assisi in this castle. According to tradition, the emperor had a courtesan sent to Francis's room and watched through a peephole to see what would happen. When Francis sent the woman away, Frederick was impressed with his principles; the two spent the rest of the night in conversation. This story is not confirmed beyond doubt, but it is considered believable.