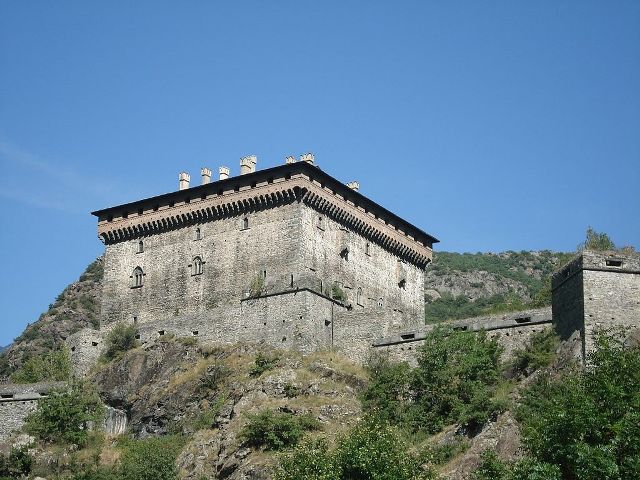 Location: Verrès, Italy.
Built: 1390.
Condition: Restored.
Ownership / Access: --
Notes: Verrès Castle (Italian: Castello di Verrès, French: Château de Verrès) is a fortified 14th-century castle in Verrès, in the lower Aosta Valley, in north-western Italy. It has been called one of the most impressive buildings from the Middle Ages in the area. Built as a military fortress by Yblet de Challant in the fourteenth century, it was one of the first examples of a castle constructed as a single structure rather than as a series of buildings enclosed in a circuit wall.[2] The castle stands on a rocky promonitory on the opposite side of the Dora Baltea from Issogne Castle. The castle dominates the town of Verrès and the access to the Val d'Ayas. From the outside it looks like an austere cube, thirty metres long on each side and practically free of decorative elements.