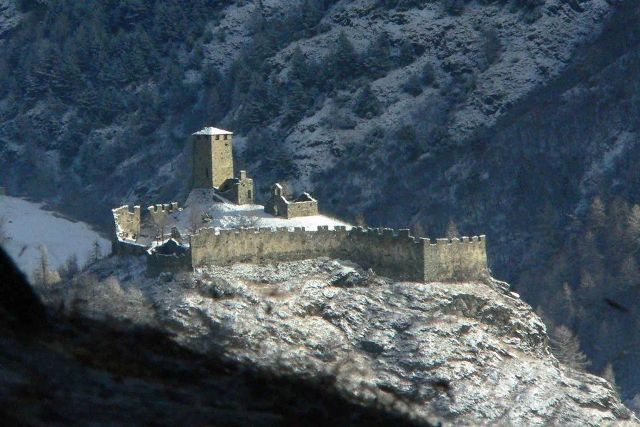 Location: Brusson, Italy.
Built: 11th century.
Condition: Ruined.
Ownership / Access: --
Notes: The Graines Castle is a castle in Val d'Ayas, located near the village with the same name in the municipality of Brusson, Aosta Valley, northern Italy. It occupies the summit of a rocky spur which commands Brusson and most of the Val d'Ayas. In medieval times, it communicated through flag or mirror messages with the nearby Bonot Tower and the Villa Castle in Challand-Saint-Victor. According to a legend, a large treasure lies buried under the castle.