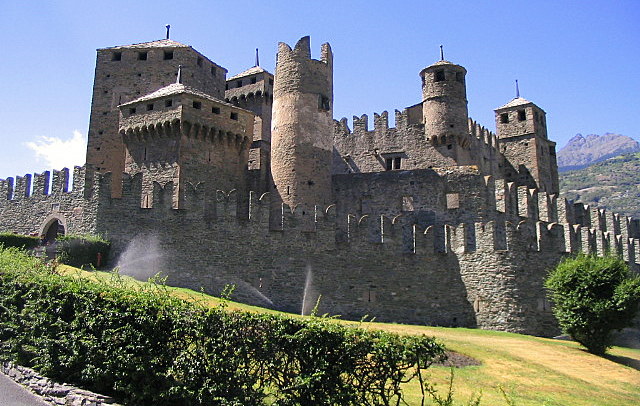 Location: Fénis, Italy.
Built: From 14th century.
Condition: Rebuilt.
Ownership / Access: --
Notes: Fénis Castle (Italian: Castello di Fénis, French: Château de Fénis) is an Italian medieval castle located in the town of Fénis. It is one of the most famous castles in Aosta Valley, and for its architecture and its many towers and battlemented walls has become one of the major tourist attractions of the region.