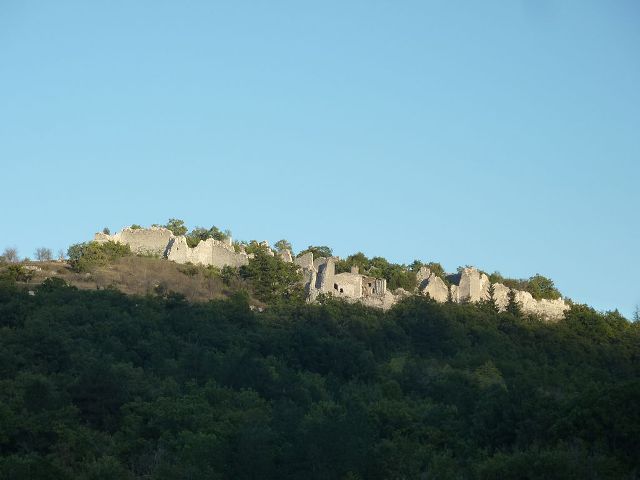 Location: Ocre, Italy.
Built: 12th century.
Condition: Ruins.
Ownership / Access: --
Notes: Castle of Ocre is a medieval castle in Ocre, Province of L'Aquila, Abruzzo, southern Italy.The first source to mention the castle of Ocre is a Papal bull of Pope Alexander III in 1178 in which it is mentioned among the possessions of the diocese of Forcona. In 1254 it was mentioned with the name of "Cassari Castro" between those saved from destruction during the founding of the town of L'Aquila. in 1266, the reign of Charles I of Naples, the castle was ravaged by troops from L'Aquila after the reconstruction of the city previously destroyed by Manfred, King of Sicily with the support of the barons of the castle. Charles of Anjou confiscated the castles close to L'Aquila as a result of their support to Conradin, and in 1269 the castle of Ocre was given to Morel de Saours. In 1283 the castle was assigned to Giovanni di Bissone and in 1293 suffered another plunder by troops from L'Aquila. The most destructive attack, however, was launched in 1423 by the condottiero Braccio da Montone. Lost the role of defending the city of L'Aquila, the castle will start a gradual decline: at the beginning of the 16th century Ocre is no longer mentioned as "castrum" but as a "villa", with the population gradually abandoning the fortified village.