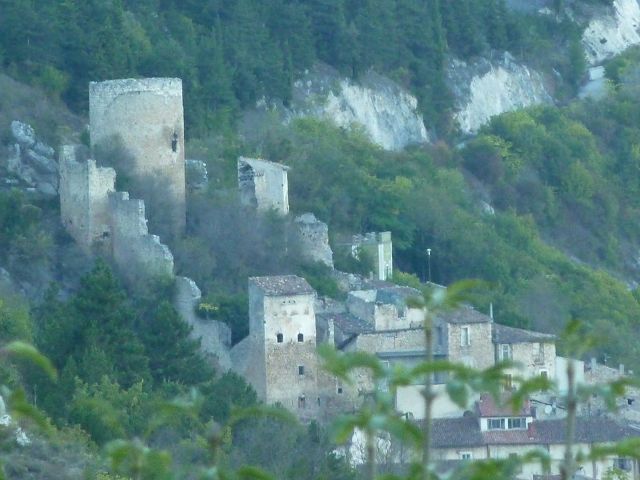 Location: Fossa, Italy.
Built: 12th century.
Condition: Ruined.
Ownership / Access: --
Notes: The Castle of Fossa (Italian: Castello fi Fossa) is a Middle Ages castle in Fossa, province of L'Aquila, Abruzzo, southern Italy.The castle of Fossa is the typical result of the phenomena of encastellation that occurred in medieval times. It is located in the highest part of the village, on the eastern side of the Circolo mountain. The original structure dates back to the early 12th century and was made by the keep on the top and the fortified trapezoidal enclosure containing the first houses. The development of the village then took place outside the fence of the castle. This enclosure castle typology was quite common in the area, as seen with similar structures in San Pio delle Camere, Barisciano or Bominaco.

How To Get To Castle of Fossa (Map):