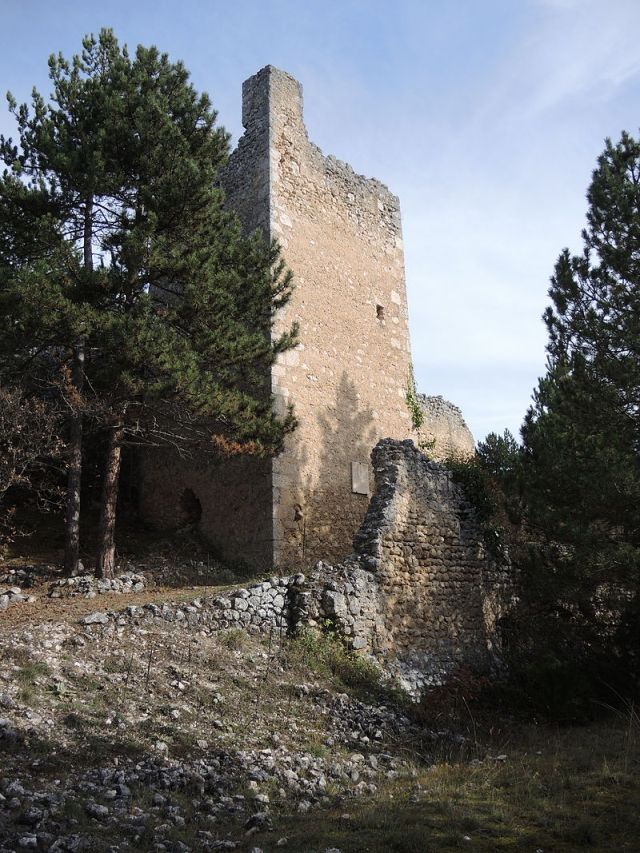 Location: Barisciano, Italy.
Built: 8th century.
Condition: Ruin.
Ownership / Access: --
Notes: Castle of Barisciano (Italian: Castello di Barisciano) is a medieval castle in Barisciano, province of L'Aquila, Abruzzo, southern Italy.Placed at 1500 m on the Selva mountain to protect the village of Barisciano, the castle was built around the 8th century in a strategic position on the plateau of Navelli and on access to the Gran Sasso d'Italia. In the 13th century it was enlarged as a enclosure castle into accommodate the population in case of danger. The castle took part in the founding of the city of L'Aquila and it was attacked and destroyed by the condottiero Braccio da Montone on 23 April 1424 during the siege of that city. It was still included as part of L'Aquila until 1529, when it became a fief of aristocratic families. Around the 16th century, it lost its defensive role and was abandoned. In memory of the epidemic occurred in 1526, the church of Saint Roch was built close to one of the castle's towers and it houses a wooden statue of the saint and some frescoes.

How To Get To Castle of Barisciano (Map):

Castle of Barisciano On Wikipedia
"Barisciano, guida per il turista" (PDF) (in Italian).