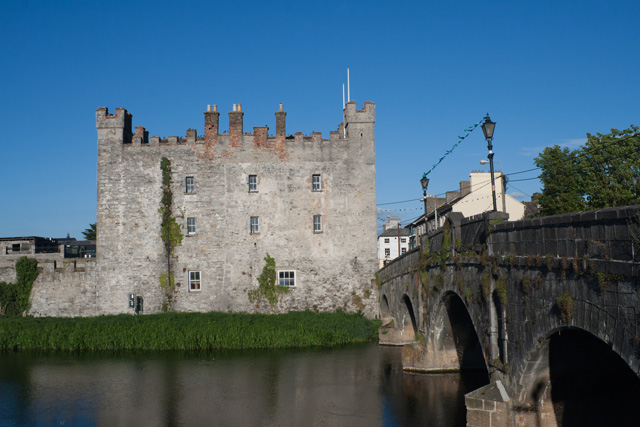 Location: County Kildare, Ireland.
Built: 1417.
Condition: Ruined.
Ownership / Access: --
Notes: Whites Castle was built in 1417 by Sir John Talbot, Viceroy of Ireland, to protect the bridge over the Barrow and the inhabitants of the Pale. Built into the wall on either side of the original entrance doorway are two sculptured slabs. On the right of the former doorway is the Earl of Kildare's coat of arms, signifying the Earl's ownership of the castle in former days. The slab on the left bears the date 1573, and the name Richard Cossen, Sovereign of Athy.