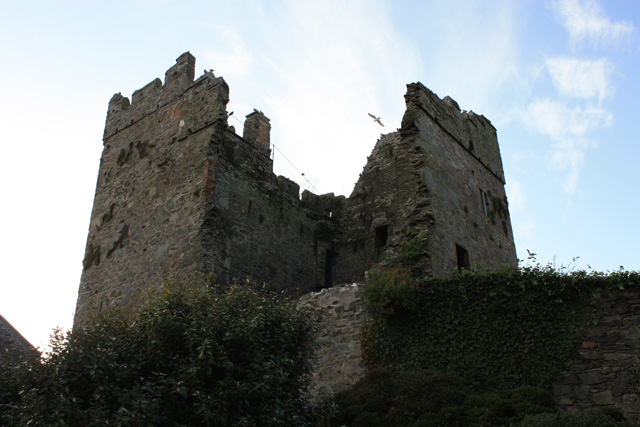 Location: Portaferry, County Down, Northern Ireland.
Built: 16th century.
Condition: Ruined.
Ownership / Access: --
Notes: Portaferry Castle is a small tower house in Portaferry, County Down, Northern Ireland, overlooking the harbour. It was built in the 16th century by William Le Savage. Portaferry Castle tower house is a State Care Historic Monument in the townland of Ballyphilip, in Borough of Ards, at grid ref: J5930 5085. The castle was probably built in the 16th century by a member of the Savage family. In 1635, Patrick Savage's brother-in-law, Sir James Montgomery of Rosemount (Greyabbey), repaired the castle by roofing and flooring it so that his sister could live in greater comfort there.

How To Get To Portaferry Castle (Map):