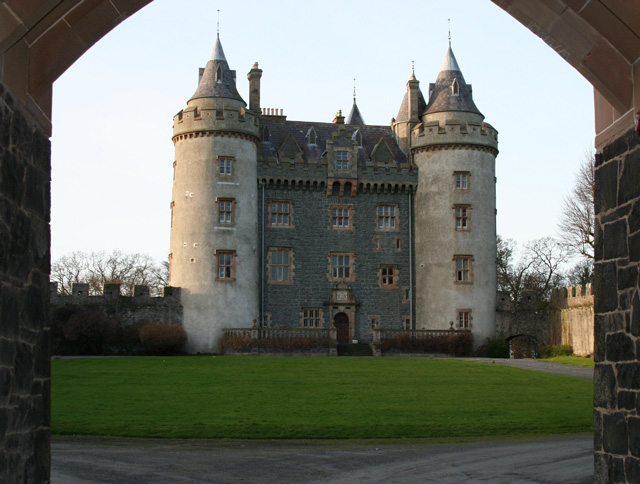 Location: Killyleagh, County Down, Northern Ireland.
Built: 12th century.
Condition: Intact.
Ownership / Access: Hamilton family.
Notes: Killyleagh Castle is a castle in the village of Killyleagh, County Down, Northern Ireland. It dominates the small village and is believed to be the oldest inhabited castle in the country, with parts dating back to 1180. It follows the architectural style of a Loire Valley chateau, being redesigned by architect Sir Charles Lanyon in the mid-19th century. It has been owned by the Hamilton family since the early 17th century. It is currently the home of Gawn Rowan Hamilton and his young family. The castle hosts occasional concerts; performers have included Van Morrison, Glen Hansard and Bap Kennedy. The gate lodges provide self-catering holiday accommodation. From 2012-2014, it was used to film CBBC show Dani's Castle.

How To Get To Killyleagh Castle (Map):