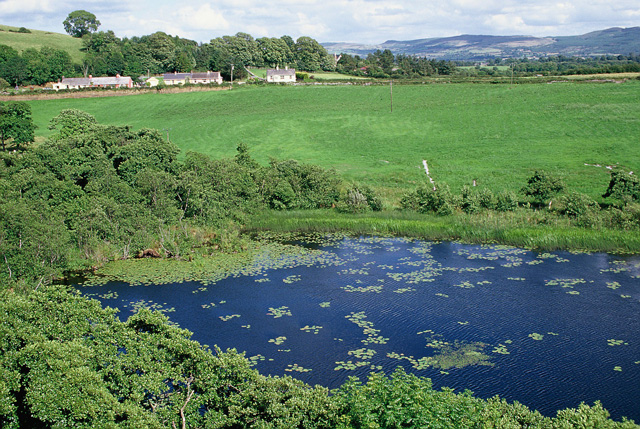 Location: County Clare, Ireland.
Built: Around 1550.
Condition: Restored. Now a museum.
Ownership / Access: Shannon Heritage.
Opening times: Check their website for more info.
Price of admission: Check their website for more info.
Notes: Craggaunowen is the name of a 16th-century castle and an archaeological open-air museum in County Clare, Ireland. Craggaunowen is located 10 km east of Quin, County Clare. The name Craggaunowen derives from its Irish name Creagan Eoghain (Owen's little rocky hill). The site is operated by Shannon Heritage. Craggaunowen Castle was built around 1550 by John MacSioda MacNamara, a descendent of Sioda MacNamara, who built Knappogue Castle in 1467. It was left in ruins, uninhabitable and without a roof, in the 17th century. The castle was rendered uninhabitable by the removal of the roof and staircase, and indefensible by removal of the battlements, about 1653, at the time of the Cromwellian confiscations. The Tower House remained a ruin until it and the estate of Cullane House across the road, were inherited in 1821 by "Honest" Tom Steele, a confederate of Daniel O'Connell, "The Liberator". Steele had the castle rebuilt as a summer house in the 1820s and he used it, and the turret on the hill opposite, as places of recreation. His initials can be seen on one of the quoin-stones to the right outside.[citation needed] Following his death in 1848 the lands were divided, Cullane going to one branch of his family, Craggaunowen to another, his niece Maria Studdert. Eventually, having passed through the hands of his descendants, the castle and grounds were acquired by the "Irish Land Commission".Much of the poor quality land was given over to forestry and the castle itself was allowed to fall into disrepair. By the time of the First Ordnance Survey, in the 1840s, the castle was "in ruins" again. In the mid-19th century, the castle, herd's house and 96 acres were reported in the possession of a Reverend William Ashworth, who held them from a Caswell (a family from County Clare just north of Limerick). In 1906, a mansion house here was owned by Count James Considine (from a family based at Derk, County Limerick). Craggaunowen Castle was restored by John Hunt in the 1960s. Hunt added an extension to the ground floor, which for a while housed part of his collection of antiquities. The collection now resides in the Hunt Museum in the city of Limerick.

How To Get To Craggaunowen Castle (Map):